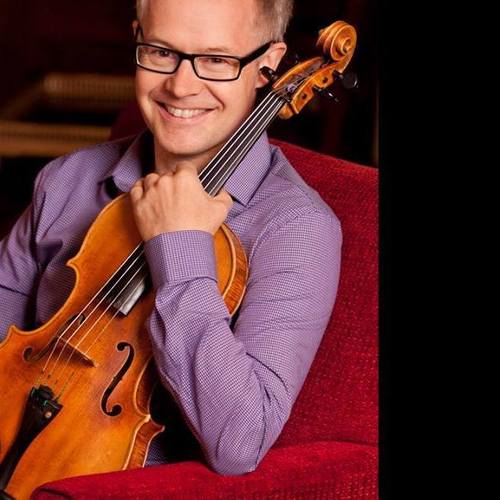 Join the NC Chamber Orchestra as it presents The Spectacular Viola. The orchestra is pleased to feature its principal violist Simon Ertz as he performs the Telemann Viola Concerto in G.

After graduating from the Royal Northern College of Music, Simon worked with orchestras across the UK including the BBC Philharmonic, BBC Scottish Symphony, the Royal Liverpool Philharmonic and the Northern Chamber Orchestra. As a member of the Degas Quartet from 2002 until 2010, Simon has performed in venues across the country including appearing as guest artists at the Aspen Music Festival, the Chicago Chamber Music Society and at the Library of Congress where he performed on the Tuscan Medici Stradivarius.

Music will also include Vaughan-Williams: Five Variants of Dives and Lazarus, Mahler: Adagietto from Symphony #5, John Williams: A Prayer for Peace, from Munich and The Serenade for Strings by Josef Suk.

The NC Chamber Orchestra is thrilled to be able to perform in the amazing theater at Well•Spring in Greensboro, 4100 Well Spring Dr, Greensboro, NC 27410

The NCCO is directed by Paul Manz

All guests will be required to wear a mask and show proof of vaccination for COVID-19 and valid identification before entering the Theatre.